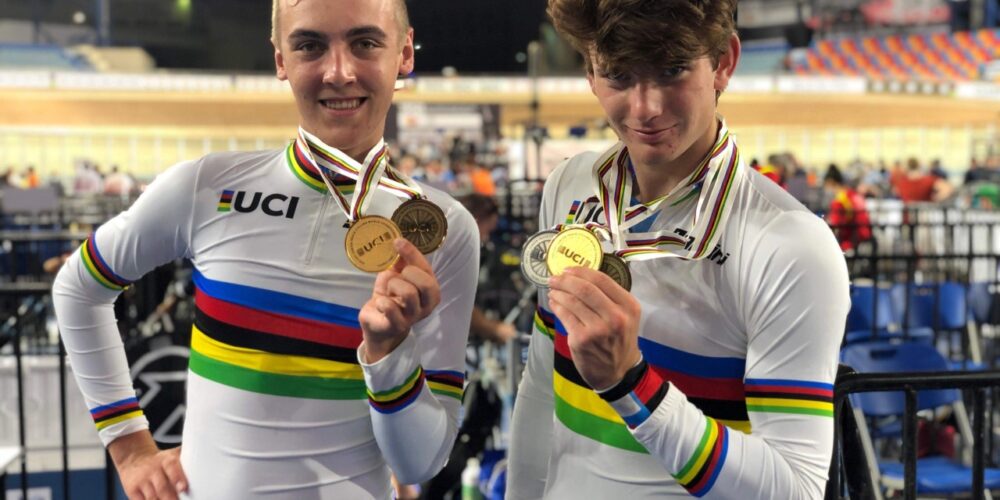 The team comprised of Dylan Bibic, Liam Langford, Carson Mattern and Campbell Parrish set the tone early on, with Mattern winning the rainbow jersey in the men’s Scratch Race on the first day of racing. The following day, Bibic captured Canada’s second world title in the men’s Points Race.

“The success of the whole competition has been pretty surreal,” said Cycling Canada’s NextGen Lead Coach, Jenny Trew. The entirety of the Canadian cycling community has helped these boys learn the trade and develop the skills to be competitive with the best in the world. It’s so rewarding to see the results of having the Mattamy Velodrome in our backyard, with both athletes developing through the programs provided by their clubs, the NCIM, the OCA and Cycling Canada.”

Both Bibic and Mattern continued their medal haul with Bibic securing a silver medal in the men’s Omnium before the duo paired up for the men’s Madison, where they finished third. Mattern and Parrish are now off to race at the Road Nationals in Beauce, Quebec on September 10-12, while Bibic is off to Europe to join the Junior road program.