This past Sunday was the last session for the NCIM Youth High Performance training group, and it was a chance to celebrate their collective accomplishments.

This year’s Blue Group saw some fantastic success with no less than 8 participants being nominated to Cycling Canada’s Junior World Championships team.  However, the Red Group also did some amazing work over the season, and this was a chance to celebrate some of their accomplishments.

New for this year are NCIM ball caps. The only way to get a cap is to earn one and win it (or be the Executive Director).  Winners of the year end awards received caps in recognition.

NCIM Red Group Male Rider of the Year: This was a tough category to decide on, with 4 riders named to the National Team for Junior Worlds and Carson Mattern backing up his World Championships title with a new Canadian Record in the Individual Pursuit.  In the end, we decided to award it to riders who have participated in the Wed Night Red Group program this year:  As such the winner is Ashlin Barry.

Note: Ashlin was sick and unfortunately missed the Finale.

NCIM Red Group Female Rider of the Year: This rider was also a strong candidate for most improved rider of the year having had a wild 8-month ride.  From try-the-track to National Team, this year’s winner is Madeline LeBreton.

NCIM Most Improved:  This rider always gives their best effort in training and really found his stride over the season, culminating in riding his first National Championships this spring: Jake McLean.  Also, he has the best hair on track, (this last statement split the coaching staff- Jared Rauwerda is also a strong hair contender).

NCIM Ride of the Year: At its best, bike racing is about riders accomplishing things on race day through grit, smarts and determination that they probably should not physically be able to do.  Two performances stick out for this this year: Taylor Tompkins nail-bitter come from behind bronze medal final at Nationals and Nathan Martin’s absolute gunslinger of a ride to medal in the elimination at Track Nationals.  Therefore, they’re going to share the award.

Ellen Watters Spirit of Sport: Named after a young woman I had the pleasure of working with for four seasons, Ellen had just been named to the Canadian track team when she tragically passed away.  In the four years I knew her she rode and raced in rain, heat snow and sleet- and always brought the same positive attitude. This award is reserved for a rider who always seems to be having fun.  Regardless of the workout or the weather they bring a positive attitude to training and the experience.  This year’s recipient is Maxim Wojciechowski.

Special Consideration Cap:  This year Cole Dempster was also awarded a Cap as the only other U17 to win an individual title at Nationals other than Ashlin. 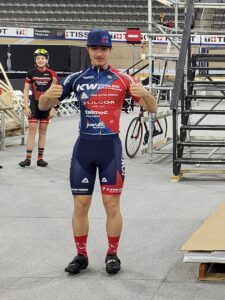 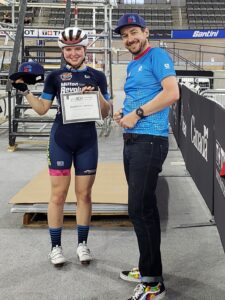 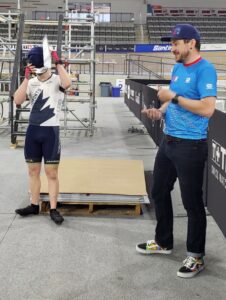 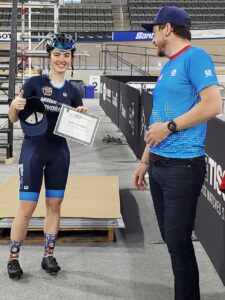 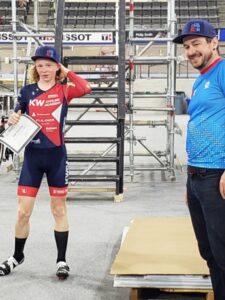 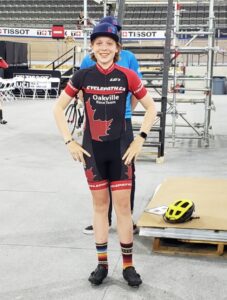 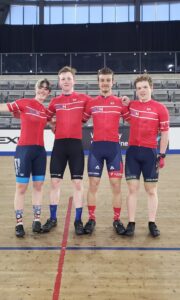 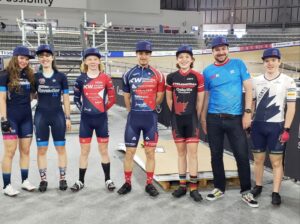 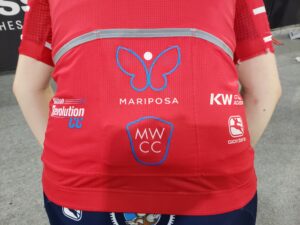